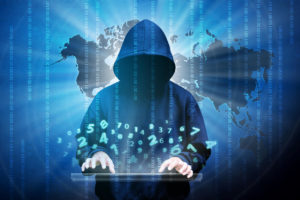 The Internet has made our lives much easier. With a few clicks of a mouse, we can make business better, find information on nearly anything, and communicate with people across the globe in real time. The Internet has also opened the door for specific types of crime, formally referred to as “cybercrime,” but less formally sometimes called “computer crime” or “Internet crime”. A cybercrime charge is a serious offense that can carry stiff penalties. While it isn’t always easy to identify a computer crime, local and federal law enforcement have highly advanced technology that allows them to locate individuals they suspect are involved in illegal activity on the Internet. A cybercrime conviction can carry a lengthy jail sentence, ruin your reputation, your career, and your life.

If you have been arrested for a cybercrime or if you are under suspicion for alleged illegal computer activity, you need the facts and you need legal representation by a cybercrime lawyer that you can trust. You need The Litvak Law Firm. Igor Litvak is not only one of the leading attorneys specializing in cybercrime in Brooklyn, but also handles cybercrime cases nationwide. He has represented clients located across the country in some of the most high-profile cases in U.S. history. Several of these cases had international ties.

Some of more notable cybercrime cases include:

The first of a kind case in the United States involving a digital ad fraud scheme dubbed “Methbot” that allegedly leveraged advertising and malware to compromise computer networks in order to defraud companies out of millions of dollars. The existence of “Methbot” scheme was initially exposed by Google and WhiteOps on November of 2018 although no suspects were named.

One of the biggest federal cybercrime cases ever prosecuted in the US. In 2014, Mr. Seleznev, son of a prominent Russian politician, was arrested by US Secret Service agents in Maldives and brought to the US without an extradition process. The manner of arrest, which many compared to extrajudicial rendition, made headlines around the world, Mr. Seleznev was given the longest sentence in history for a cybercrime offense, 27 years.

It was alleged that Mr. Levashov used a nickname “Severa” who was listed as #7 in the World’s Top 10 Worst Spammer and operated the Kelihos botnet to distribute thousands of spam e-mails, harvest login credentials, and install malicious software on computers around the world. Mr. Levashov pleaded guilty to operating Kelihos botnet on September 12th, 2018.

Allegations involved distribution of malware known as DNS Changer that caused victims’ computers to rely on rogue domain name system servers which were used to divert users of infected computers who clicked on search results links to sites for which traffic-based fees were received, as well as replacing advertisements on websites operated by News Corp’s The Wall Street Journal, Amazon.com Inc and others with ones that triggered fraudulent payments.

In simple terms, a cybercrime is any offense in which a computer and network are involved. Many misconceptions surround this type of criminal activity, including the notion that it is only a cybercrime if a computer is used in the commission of the act. However, that is not entirely accurate. If the computer is the target, the offense can also be classified as a cybercrime. To put it simply, any Internet crime qualifies for that classification. Various cybercrimes carry different penalties and can be prosecuted under state as well federal laws.

Cybercrimes are subject to both federal and state laws. The Computer Fraud and Abuse Act defines cybercrimes as federal offenses. Federal cybercrime identification and sentencing are detailed under this act.

The United States Computer Fraud and Abuse Act, 18 U.S.C. § 1030, also known as Title 18 U.S.C. Section 1030, is the federal anti-hacking law. The 1986 amendment to the 1984 Counterfeit Access Device and Abuse Act makes it illegal to intentionally access a computer if you do not have authorization or if your access of the computer exceeds the authorization that was given. The Act has undergone several amendments to include such offenses as identity theft.

In 1996 the National Information Infrastructure Act as passed, furthering the reach of the CFAA to include “unauthorized access to a protected computer in excess of the parties’ authorization.” Prior to this change, the action was only a crime under CFAA if the individual had done so for commercial gain. Under the NIIA it is illegal to even look at information that is on a computer if you do not have authorization to do so.

Under the CFAA, there are seven activities related to computers that are defined as criminal:

A “protected computer” under 1030(a)(7) refers to a computer in use by the United States Government, by a financial institution, or used in foreign or interstate commerce or communication.

The United States Sentencing Guidelines provide guidance on the penalties for federal cybercrimes. The guidelines are not mandatory, rather they act as an advisory reference for sentencing. It is a complex system that uses a Base Offense Level for crimes according to federal statute, then advise penalty increases based on the financial loss to the victim or victims. Depending on the amount of loss and crime committed, a cybercriminal could face more than 20 years in prison. The risks are severe; it is critical to retain a skilled cybercrime attorney for your case.

Article 156 of New York Penal Law lists several different types of cybercrimes that range from misdemeanors to very serious felonies. Several of the charges cite dollar amounts in damages. Many people may not realize it, but cybercrime can result in very high dollar damages. According to recent cybercrime statistics, a data breach in the U.S. costs an average of $220 per record stolen. When millions of records are affected, the cost become substantial in a short time.

Some common types of cybercrimes include:

Other types of cybercrimes as described under New York law include the illegal downloading of copyrighted material (piracy), malicious software, cyber stalking, child pornography, and identity theft. Your cybercrime defense attorney can explain your rights as well as the details of any of these types of cases.

PENALTIES FOR CYBERCRIME IN NEW YORK

Under New York State Penal Law Articles 70 and 80, the penalties for cybercrime convictions may include a fine, prison time, or both. There are many factors that the judge will consider when deciding a sentence. If the defendant has been charged with cybercrimes previously or if they have any criminal charges it can have a significant impact, especially if those convictions included violent felonies, persistent felonies, or persistent violent felonies. Also, the judge will take into consideration who the victim is and the impact of the crime. Whether or not the defendant receives the maximum penalties for a computer crime are left to the discretion of the judge.

Cybercrimes are often serious, resulting in long prison sentences as well as hefty fines. Your attorney will present a defense in an effort to keep your penalties as low as possible or even to get the charges thrown out. To accomplish this, the attorney must show reasonable grounds to believe that:

If you’ve been charged with a cybercrime, you need a cybercrime lawyer who has the education and experience to represent you and ensure that your rights are protected. At the Litvak Law Firm, our clients are our first priority. We will support you every step of the way: arraignments, motions, trials, and appeals – your Internet crime lawyer will handle all aspects of your criminal case. Our proven track record of successful cases speaks for itself. Let us put our experience and reputation to work for you. Whether you are in Brooklyn or anywhere else in the country, call today for your free phone consultation with a reputable Internet crime attorney. We are available 24 hours a day, 7 days a week. Don’t leave your future to chance, call (718) 929-2908 today.