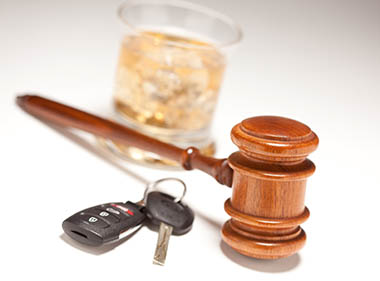 Crimes that involve driving while intoxicated or driving while under the influence of alcohol (DWI/DUI) are considered to be some of the most heinous and there is a continual public push for stronger laws with harsher penalties. Lawmakers have responded, and DWI/DUI charges carry some very stiff consequences.

A DWI or DUI conviction could result in loss of your driver’s license and the stigma of a conviction could follow you for the rest of your life. Most companies will not hire people for positions that involve driving or even operating heavy equipment if that person has a DWI or DUI conviction on their record. Losing your driver’s license could result in losing your job because you can’t get to work. If you’ve been charged with a DWI or DUI, you need a DWI attorney who is experienced in the laws surrounding these crimes. You need solid representation and an experienced DWI lawyer in Brooklyn who will protect your rights. You need DWI attorney Igor Litvak of The Litvak Law Firm.

EXPERIENCE AND SKILL IN REPRESENTING CLIENTS CHARGED WITH DWI/DUI

As one of the most experienced DUI lawyers in Brooklyn, Mr. Litvak has successfully defended clients charged with DWI/DUI crimes and has both the skill and experience to help you attain the best possible outcome on your case. There are several reasons Mr. Litvak is the DWI lawyer Brooklyn residents trust for representation. He is dedicated to helping his clients and seeing to it that their rights are protected. He will work hard for you and find your best possible defense. Some of Mr. Litvak’s more notable cases as a DWI defense lawyer include:

A major felony DWI case charged within 10 years of a previous DWI conviction, the case was eventually resolved with a misdemeanor plea, a few days of incarceration, standard DWI programs, and a six-month license suspension.

A felony DWI case out of Richmond County was resolved with a program allowing the client to avoid any incarceration.

Driving while intoxicated (DWI) and driving under the influence (DUI) are not interchangeable, contrary to popular belief. In many cases, the term DWI is reserved to indicate an intoxicated driver whose blood alcohol content level (BAC) has exceeded the legal limit which is 0.08 percent or higher. A DUI, on the other hand, is typically indicative of a driver whose BAC is lower than 0.08 percent, but they are still impaired, or “buzzed.” However, it can also mean that the driver is under the influence of drugs.

In New York, the term DUI is not officially used. The state’s laws use two very similar terms: driving while intoxicated (DWI) and driving while ability impaired (DWAI). A driver is legally intoxicated when their BAC is 0.08 percent or higher. A driver whose BAC falls between 0.05 percent and 0.07 percent may not be legally intoxicated, but they are considered impaired and can face the lesser charge of DWAI. They can also be charged with a DWAI if they show signs of impairment.

DWI, DWAI Drugs, and DWAI Combined Influence are considered criminal charges under New York State law and can result in jail time, fines, and revocation of your driver’s license.

A federal DUI is contingent upon location. Federal land falls under federal jurisdiction, so a driver who is caught driving under the influence of alcohol or drugs while on federal property can be charged with a federal DUI. This includes military bases, national parks, post offices, some airports, parking lots located on federal land, government compounds, and national monuments.

Impairment is determined by the BAC which is either:

New York uses your BAC, the amount of alcohol that is in your blood, to determine whether you are legally intoxicated while operating a motor vehicle. You could face a DWI charge if your BAC is:

Refusing to submit to a chemical test such as a blood test or breath test, is considered a civil violation under New York law and is separate from the criminal DWI charge. It can result in a fine and long-term revocation of your driver’s license.

Drivers who are under the age of 21 are subject to the Zero Tolerance Law. Under this law, a driver with a BAC of:

A DWI or DWAI charge means an arrest and the case will be heard in criminal court.

New York law recognizes several types of charges for driving while under the influence. They are contingent upon the person’s BAC. These DWI and DWAI charges include:

If the DUI occurred on land that falls under the purview of the National Park Service, the driver will be charged and tried under the Code of Federal Regulations. Under this code, it is a Class B misdemeanor that carries a sentence that includes fines of up to $5,000, jail time of up to six months, and up to five years of probation.

A DUI that occurs on a military installation could lead to a court-martial. Military personnel who are charged with a criminal DUI could face not only the DUI charges of that state but also under military law. A DUI for uniformed service members can be very serious. Unlike some other charges, such as desertion, that fall under exclusive military jurisdiction, DUI charges that occur off base can fall under the criminal court jurisdiction. It should also be noted that even if a person is acquitted of DUI charges in criminal court, it does not automatically mean that they will be acquitted in military court.

If the DUI took place on any other federal property, the federal Assimilative Crimes Act will be the governing law. This means that the driver will be prosecuted according to the statutes of the state where the offense occurred.

Several factors are taken into account when determining the penalties for a DWI or DWAI. Primarily, the age of the driver at the time of the offense, and if they are a first or second offender weigh heavily in sentencing.

As part of New York’s Driver Responsibility Program, all drivers over the age of 21 who are charged with a DWI or DWAI must pay an annual assessment fee of at least $250 for a total of $750 over a three-year period. They may also be required to enroll in the New York Drinking Driver Program (DDP) and must bear all costs associated with the program.

The judge may also order the use of an ignition interlock device (IID). This can be part of the driver’s probation or it can make them eligible to apply for a conditional license. New York laws usually require the driver to assume responsibility for purchasing and installing their own IIDs as well as any monthly fees associated with the service, moving the device to another vehicle, and uninstalling the device.

The specific penalties for each DWI and DWAI charge for drivers 21 and older include:

Commercial drivers face penalties that are far more severe than those of regular drivers. The fines are higher, and in some cases, they can experience a permanent revocation of their CDL with the second offense. Commercial drivers fall under the purview of the Federal Motor Carrier Safety Administration (FMCSA) and set forth all associated regulations and penalties throughout the country.

Many people mistakenly believe that a DWI or DWAI arrest automatically means a conviction. However, that is not always the case. A good Brooklyn DUI attorney will look at several areas to build a defense such as the way police stopped the driver or the process of the arrest. People make mistakes and the police are no exception.

Did the officer use a reasonable and appropriate assessment when he decided to stop you? This could mean that you were operating the vehicle in a manner that he deemed unsafe, or it could be as simple as having a taillight out. Bottom line, the officer must have had just cause to stop you, otherwise, it is considered an illegal stop and search. When it is determined that this is the case, the DWI charge and everything else that occurred after the stop are inadmissible in court.

The collection and storage of evidence, in this case, the method used to determine the person’s BAC, are also crucial. Any mishandling of the evidence, including faulty device or operator, can get the charges thrown out.

If you are facing DWI/DUI charges, you need the strongest DWI attorney in Brooklyn on your side. Don’t wait, thinking it will just go away – it won’t. Once the legal wheels are in motion, they won’t be stopped, and you could find yourself sitting in a jail cell and your driver’s license suspended or revoked. Call the Litvak Law Firm at (718) 989-2908 and get the representation you deserve. The initial phone consultation with a DWI lawyer is free. Igor Litvak is one of the most aggressive and experienced DUI attorneys in Brooklyn and he is here to help you. Let him put his knowledge and experience to work on your case. Call today.