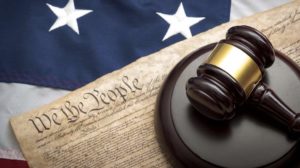 Wondering what lawyers for federal cases do? Federal crimes are vastly different from state offenses and carry significant penalties that can impact your future. The process is far more complex and the federal court system is much more difficult to navigate. No one should go it alone. Federal prosecutors have extensive resources and years of experience that give them a distinct advantage. Add to that the various agencies on the federal level, such as the FBI, DEA, ATF, and the Secret Service, and you are up against a formidable foe.

You need a federal criminal defense attorney who handles cases nationwide, is experienced in handling federal cases, has the education and experience to successfully navigate the federal system, and who will act in your best interest to ensure your rights are protected. In short, not just any attorney can adequately represent you when you enter the federal court system. You need a skilled federal criminal defense lawyer from The Litvak Law Firm.

If you have been charged with a federal crime, you need an experienced federal criminal attorney to protect your rights. Mr. Litvak has devoted a significant part of his practice to defending clients facing federal criminal charges. Some of his more notable federal court cases include:

Mr. Firsov was accused of administering a website called Deer.Io, which hosted many storefronts selling various digital products, some of which involved American hacked gamer and social media accounts. Deer.Io was taken down by the FBI in March of 2020, the same month Mr. Firsov was arrested upon his arrival in New York for vacation. In May of 2021, Mr. Firsov was sentenced to 30 months, after which time he will return home to Russia.

An Estonian national Jevgeni Bokov was arrested and extradited from Estonia on the charges of manufacturing and importing Fentanyl into the United States. Mr. Bokov was facing a recommended sentence of 40 years, and a mandatory minimum sentence of 10 years, however, after receiving and reviewing all the evidence against Mr. Bokov, Defense was able to negotiate a plea to Money Laundering charge. Mr. Bokov was later sentenced to 33 months.

The first of a kind case in the United States involving a digital ad fraud scheme dubbed “Methbot” that allegedly leveraged advertising and malware to compromise computer networks in order to defraud companies out of millions of dollars. The existence of the Methbot scheme was initially exposed by Google and WhiteOps in November of 2018.

A federal cybercrime case, considered to be one of the biggest to ever be prosecuted in the United States. The case involved an extrajudicial rendition of Mr. Seleznev by US Secret Service agents from the Maldives to Guam. Mr. Seleznev is the son of a Russian Parliament member and the manner of his arrest led to further deterioration in Russian – American relations. Mr. Seleznev’s case made headlines around the world and he is considered by many to be a political prisoner.

A federal case involving the export of military-grade night vision binoculars to Russia without obtaining the required export license from the US State Department.

A major federal organized crime case involving nationals from the former Soviet Union and is one of the largest such cases recently prosecuted in the US. There were 33 defendants and many allegations, including murder for hire, drug trafficking, an illegal poker house, defrauding casinos, stealing cases of cigarettes, and stealing 10,000 pounds of chocolate.

It was alleged that Mr. Levashov used the nickname “Severa” who was listed as #7 in the World’s Top 10 Worst Spammer and operated the Kelihos botnet to distribute thousands of spam e-mails, harvest login credentials, and install malicious software on computers around the world. Mr. Levashov pleaded guilty to operating Kelihos botnet on September 12th, 2018.

One of the largest cybercrime cases to ever be prosecuted in the United States. It involved hacking the identities of more than 100 million people from several financial institutions, including JP Morgan. The data obtained from this hack included names, telephone numbers, and email addresses. At the time this landmark case was considered to be the largest theft of customer data from a United States financial institution.

A major terrorism case to come out of New York. The charges against the defendant include aiding terrorism, FARC and Hezbollah, cocaine trafficking, and the attempted sale of Russian Air to Ground missiles.

Federal prosecutors are known for building solid cases, usually based on significant evidence. This may come after a lengthy investigation, sometimes even months or years, before they bring charges. They may have all the evidence they need to arrest you before you are even aware of any investigation or charges. They have extensive resources and will spare no expense in their efforts to bring a conviction against you.

Federal law enforcement will, many times, use various strategies for gathering evidence. This may include the use of electronic surveillance as well as using informants or undercover agents to document illegal activity, gather physical evidence, and record conversations. Quite often, a successful defense in a federal criminal case hinges on discrediting the evidence, type of evidence, or how it was gathered.

Mr. Litvak has extensive experience in the practice area of federal criminal defense, he has defended clients in federal courts for both national and international cases involving cybercrimes, terrorism, organized crime, bank robbery, large-scale fraud, and more. His involvement in court cases as lead counsel as well as co-counsel in some of the biggest, most complex, significant federal criminal court cases in US history has given him the experience necessary to handle federal defense in a professional, efficient way, bringing about the best possible outcome for his clients.

In the United States, there are two types of laws. There are state and local laws that apply to the individuals who live in that designated area, or work there. They can be laws that govern the people of the state and are prosecuted on a state level, or they can be local laws that draw the focus to that particular city, town, municipality, or village. The other type of law is federal and those laws apply to every person and are enforceable in every state in the United States. In a nutshell, the powers of the federal government include interstate commerce, national defense, currency, and international affairs.

These federal laws govern specific issues and apply to every state in the U.S., including:

Sometimes a crime can be prosecuted at both the state and federal levels. The filing of federal charges may depend on the crime itself, how it was committed, or who was involved on either the defendant side or the victim side.

EARLY INTERVENTION IS CRUCIAL TO THE BEST POSSIBLE OUTCOME

In many cases, the sooner you can get a good attorney on your side, the better your chances are of having a favorable outcome. What many people do not realize is that you don’t have to wait until federal charges have been filed against you in order to seek legal counsel. Mr. Litvak handles every aspect of federal cases, including grand jury investigations.

If you suspect that you are the target of a federal investigation, or if you have been subpoenaed, don’t wait to “find out what happens.” It is important to retain criminal defense representation right away. By taking a proactive approach and initiating early intervention, you could effectively lessen the effects of your case by keeping the charges against you in state court or having them reduced. Bringing in an experienced federal defense attorney to intervene early in the case could even prevent agencies from filing charges against you.

If you are being investigated or charges have already been filed against you, it is vital that you contact us as soon as possible. The Litvak Law Firm also handles appeals at both the state and federal levels. Your federal defense attorney will be there for you at every step in your case, whether you bring us in during the investigation, after a conviction, or during an appeal. We are prepared to fight for you and protect your rights to the fullest extent.

Federal prosecutors are persistent and aggressive. They work with dogged determination to file charges if they believe that their case is strong and stands up under scrutiny. In other words, they are not just prepared, they are usually over-prepared. This means that you need an attorney who is just as persistent and aggressive, who will work just as doggedly to fight for you and protect your rights. You need an attorney who will not back down when things get too hot or intense. Mr. Litvak is a skilled, experienced, determined federal criminal defense attorney who is committed to working in the best interests of his clients. He handles cases nationwide and has a proven record of fighting federal cases and getting the best results possible for his clients. Call today (718) 989-2908 for your free phone consultation with a federal criminal attorney and find out how The Litvak Law Firm can help you.