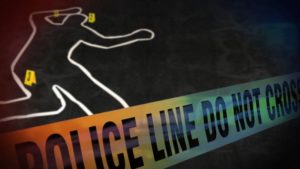 If your circumstances require an experienced homicide defense lawyer in Brooklyn, you’re probably frightened. A homicide charge can end your life as you know it. A single charge can mean years in prison, even the rest of your life. The stigma attached to “murderer” can mean that your access to housing, education, and employment is severely limited. It can make you a social outcast, especially if your case is high profile and the media run stories about it. Without a good violent crimes attorney behind you, you could face some very serious consequences.

There are certain crimes that society deems “heinous” and homicide is one of them. There is no statute of limitations on the crime, so there will never be a time when you are truly free until you either get the charges dropped or go to court and get acquitted. You need an attorney for that.

A good attorney will fight for you and protect your rights. He will work hard to clear your name or help you get the best possible outcome. If you’ve been charged with murder or manslaughter, you need an experienced, knowledgeable homicide lawyer. You need Igor Litvak of The Litvak Law Firm in your corner.

EXPERIENCE AND SKILL IN REPRESENTING CLIENTS CHARGED WITH HOMICIDE

If you’re looking for a murder defense attorney in Brooklyn, Igor Litvak’s record speaks for itself. Mr. Litvak has years behind him as a criminal defense attorney. His experience and knowledge of federal and state law make him a powerful presence in the courtroom. His dedication and skill have garnered him an impressive track record of both federal and state level. He is compassionate and very accessible for his clients, working with them, helping them understand their charges and explaining to them what lies ahead. As a homicide defense lawyer in Brooklyn, his notable cases include:

A high-profile case out of Staten Island involving allegations that failure to follow legal requirements when attaching a boat trailer to a truck, led to the trailer detaching in transit and killing one bicyclist and seriously injuring another. Client was indicted on a number of felonies, including manslaughter, criminal negligent homicide, assault and reckless endangerment. Client was facing years of jail, however, after the case was vigorously defended for a year and a half, including filings of numerous motions, it was eventually resolved with 39 days of incarceration.

The People of the State of New York v Antoine – Brooklyn, New York – Lead Counsel for Pre-Trial and Co-Counsel for Trial

Attempted murder and gun possession case; client was on the run for a year before being arrested on Florida and extradited to New York. Allegations involved landlord-tenant dispute which turned violent. Client was convicted at trial and sentenced to 20 years of incarceration. Verdict and sentence are currently being appealed.

There is a widespread belief that all homicides are crimes. That simply is not true. The term homicide only means the killing of a human, it does not denote the legality of the action. Some homicides, like murder and manslaughter, are criminal. Justified self-defense, on the other hand, is still a homicide, but it is not a crime. While both murder and manslaughter are both considered illegal homicide, there are several degrees to each one that indicate the severity of the crime. The technicalities of homicide can be very complex, and the legal process long and confusing, which is why you need an experienced homicide lawyer in Brooklyn to represent you.

In the United States, the Constitution places criminal law under the purview of the state in which the crime was committed – for the most part. There are times when a homicide also violates a federal law and when that happens, you could wind up standing before a federal judge. Typically, circumstances that could result in a homicide case being turned over to federal court include:

The official definition of murder (illegal homicide) is an act that involves the intentional killing of a person and that act is not legal, nor is it legally justifiable. The act is carried out with “malice aforethought,” meaning the defendant intended to kill the person and they had no legal justification to do so. However, malice aforethought can also apply if the defendant inflicted serious bodily harm on another person and that resulted in that person’s death.

Under New York law, there are at least 17 different homicide offenses. Most of these are felonies. Under these, the charges are denoted by degree and class which indicate the seriousness of the crime as well as the penalties the defendant may face if they are convicted. Contrary to popular belief, there is not just one, simple “murder” charge (although a person can be charged with murder only). In addition to degrees, there are many variations that range from aggravated murder to vehicular manslaughter to criminally negligent homicide. Murder is always an A-1 felony, regardless of whether it is first degree, aggravated offense, or second degree.

There are many different types of illegal homicide charges in New York:

In a 2004 landmark case, People v. LaValle, the New York Court of Appeals found that the state’s statute on capital punishment violated its state constitution and stopped the practice. In 2007, it was formally abolished. This means crimes that were once “capital offenses” such as killing a police officer in the line of duty, no longer get the death penalty in New York. Instead, the defendant usually gets life in prison.

Prosecutors takes several factors into account when determining what penalty they will ask for. They will look at who the victim is, intent of the person charged, and any other mitigating or aggravating factors stemming from the case. Prosecutors will also use this information to build their case to make it as strong as possible.

Homicide defenses often do not aim to remove the charges completely. Instead, they often attempt to reduce the charge from something serious to a charge that is less serious. For instance, by getting a defendant’s charges reduced from first degree murder to involuntary manslaughter, that person’s prison time could be substantially reduced.

The burden of proof is on the prosecution to show that the defendant intended to kill the person or that they acted with the mental state required for the specific charge. Intent is one, premeditation is another that is commonly used.

One of the most common homicide defenses is justifiable homicide. This is considered a “complete defense” because there are no penalties, punishment, or sentencing attached to it. It means that the person acted in self-defense and had the reasonable belief that the action was necessary in order to protect themselves, their property, another person, or to prevent a crime. This defense can also be used if the defendant was under duress when they committed murder. If they were forced to commit the crime they may be relieved of the charges.

A reasonable mistake defense may also be used. It means that the defendant lacks the mental state or knowledge to understand that the killing was unjustified and illegal. Mistakes of fact and entrapment may also be used by the defense.

If you are facing a homicide charge or if you are under investigation for homicide, you shouldn’t fight it alone. You need the best murder defense lawyer in your corner. Call Litvak Law Firm at (718) 929-2908. Your initial phone consultation with a homicide lawyer or an aggravated assault lawyer is free. You can’t afford to wait and see what happens. You need to stay ahead of it. Even if you are innocent, you can still be arrested and charged. The prosecution will usually go for the strongest, most severe sentence available. If you don’t have a violent crimes attorney, you are at their mercy. Don’t leave your future and the outcome of your case to chance, get the representation you deserve. Make the call today.