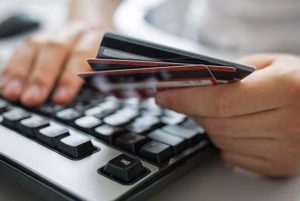 A charge of fraud can bring with it many serious consequences. It can cause personal ruin, professional devastation, and destroy your business. If you have a fraud charge against you, it is unwise to try to handle it yourself. You need the skill, education, and experience of a fraud attorney to ensure that your rights are protected. The sooner you act and seek legal representation by a respected fraud defense lawyer in Brooklyn from The Litvak Law Firm, the more likely you are to have a favorable outcome on your case.

EXPERIENCE AND SKILL IN REPRESENTING CLIENTS CHARGED WITH FRAUD OFFENSES

If you have been charged with a crime of fraud, you need an experienced fraud defense attorney to protect your rights. Mr. Litvak has extensive experience in representing individuals charged with serious fraud and white-collar offenses in federal and state court, including major cases that made headlines domestically and internationally. Some of his more notable fraud and white-collar cases include:

A major federal white-collar case involving long-term and large-scale insurance fraud, money laundering, and healthcare fraud conspiracy. The defendant was sentenced to 5 years of probation in a case that lasted almost 6 years.

A major fraud case prosecuted by the Office of Attorney General, the case involved allegations of using phony not-for-profit organizations claiming to benefit Israel to collect $2 million which were then used for personal needs.

A fraud case involving allegations that a bookkeeper stole over $750,000 from a family-owned property management company.

Medicare fraud case prosecuted by the Office of Attorney General involving allegations of conspiracy to bill the Medicare program for services that were never provided.

OVERVIEW OF FRAUD AND CRIMINAL FRAUD

Fraud has always been a part of our society. Since the beginning of time, people have tried to get something for nothing or deceive others for their own personal gain. Many people understand fraud in its most basic, general terms: a false representation of facts in a situation or matter. It can be carried out in many ways including misleading or false allegations, by actions or conduct, by words spoken or written, or even by failing to disclose something that should have been divulged. The crux of this crime is that it is deception at its core and the intention of the person who commits it is to deceive someone else in order to achieve financial or some other personal gain.

Fraud is generally considered to be dishonesty that is enacted for advantage. The dishonest person may be referred to as a fraud. In the United States legal system, the crime of fraud is a specific offense that carries with it certain penalties and defenses, as well as several defining features.

The most common area where fraud occurs is in the marketplace. On a broad scope, it is often seen in transactions regarding real estate, copyrights, and stocks and bonds. There are federal and state laws that make certain types of fraud a crime, but there are some cases where the fraud that a person commits does not meet the criteria that makes it a crime. Victims can pursue a civil case against the person who committed the fraud in order to seek redress, but that has little bearing on the criminal side of the offense. Occasionally, a fraud case may be heard in civil court, but it may not be tried in criminal court for these reasons.

THE BURDEN OF PROOF FOR FRAUD

When a person is accused of fraud, the burden of proof falls to the prosecution to show that the actions of the defendant contain five specific elements:

This makes fraud difficult to prove in some cases. The false statement must be related to a material fact in order to be fraudulent. The false statement must also have a substantial impact on the person’s decision to pursue a particular course of action such as enter into an agreement or complete a transaction. Not all statements that appear fraudulent actually are because they cannot meet the required burden of proof.

These are some of the federal fraud statutes that govern fraud cases in the United States. It should be noted that many of these have a state statutory equivalent, so the prosecution may pursue criminal offenses against the defendant in both federal and state courts.

New York Penal Law Title K covers a number of fraud offenses. Many of these offenses can be prosecuted on the federal level as well as the state level. Title K includes fraud offenses such as forgery, insurance fraud, residential mortgage fraud, and others. While any fraud case in New York must show an intent to defraud on the part of the defendant, the specific statute to which the crime applies provides more specific language that provides prosecutors with the criteria that must be met in order to prove beyond a reasonable doubt.

There are state and federal statutes for most crimes of fraud. Some of the most common are:

There are several sentencing guidelines that have been set forth by the federal government for federal fraud laws. They are as follows:

Forgery, grand larceny, falsifying business records, criminal possession of a forged instrument, and identity theft are some of the most common types of fraud committed in New York. These crimes can range from misdemeanors to felonies, so it is important to understand how these crimes are classified and what penalties are attached. A New York fraud lawyer can help you understand your charges and the penalties that may be incurred as well as work to minimize any potential consequences that you may experience.

The penalty for misdemeanor fraud in New York is a maximum of one year in jail. Felonies carry weightier sentences. Felonies are categorized by class and the financial amount of loss also plays a part in the length of the sentence.

Certain types of check fraud are Class D felonies and can carry up to seven years in prison. This may include signing a check with someone else’s name or using an account that is not yours. The dollar amount of the loss does not apply to this type of fraud.

Identity theft is a serious offense and it can result in up to 25 years in prison, depending on the amount of loss.

Some types of falsifying business records can carry a prison sentence of up to four years. The dollar amount is integral in determining the sentence as does the method by which the fraud was committed.

While the burden to proof for a fraud case rests on the shoulders of the prosecution to ensure that it meets the five factors, fraud can still be a difficult case to defend and you need a fraud attorney who is experienced in fraud cases. Some of the more common fraud defenses include:

Don’t make the mistake of thinking all fraud lawyers are the same. A good fraud attorney can work through the nuances of the law and determine which defenses are most appropriate for your case.

A charge of fraud can bring with it many serious consequences. If you have been charged with fraud, you need a fraud defense lawyer who will work in your best interest and protect your rights. You need someone with the experience and education to represent you and help bring about the best possible outcome for your case. The Litvak Law Firm is committed to putting our clients first. At every step in your case, we will be there to support you and see you through to the end. Whether you are being investigated, arraigned, going to trial, or appealing a court decision, your fraudulent defense lawyer will be there for you. Call (718) 989-2908 today, your initial phone consultation with a fraud defense attorney is free. Don’t wait to see what happens, get the representation that you deserve, and protect your rights.