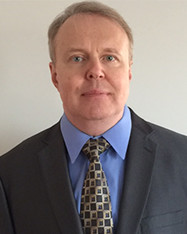 Mr. Shestakov graduated from one of the top Law Schools in the country, Northwestern University, School of Law, with a Master’s Degree in Law in 1999.  In 2000, he was admitted to practice law in New York State.
Vadim Shestakov is an extraordinary attorney who has been practicing law for more than sixteen years, specializing in motion and appellate practice. Mr. Shestakov has been involved in a many high-profile Federal and New York State cases, ranging from New York State Supreme Court to New York State Court of Appeals and up to the Supreme Court of the United States.  Mr. Shestakov prevailed in countless of motions and appeals, including many seminal decisions throughout the country. During his work in a boutique White-Collar Law Firm for more than a decade Mr. Shestakov became a top-notch New York attorney who learned how to successfully represent the most demanding, high-profile clients.