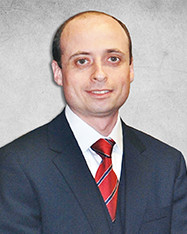 Mr. Milvidskiy advises clients on all aspects of U.S. immigration law, with focus on helping foreign nationals mitigate immigration consequences of criminal convictions. He is admitted to practice law in the states of New York and New Jersey, as well as the federal courts for the Southern and Eastern Districts of New York and the District of New Jersey. Mr. Milvidskiy earned his Juris Doctor degree, cum laude, from Rutgers University School of Law, and a Master of Business Administration from DePaul University. Prior to joining the legal profession, Mr. Milvidskiy spent over 10 years in international consulting, working with entrepreneurs and investors from around the world. He was a founding member and executive manager in a number of business endeavors both in the United States and Europe. Outside of his professional interests, Mr. Milvidskiy enjoys sailing and is an ASA-certified skipper. He enjoys spending time with his family and reading good books.