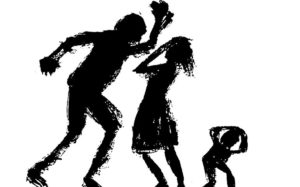 Searching for the best domestic violence lawyer in Brooklyn? Domestic violence is a very serious and complex type of crime that can leave lasting, detrimental marks on your record and your life. A domestic violence conviction on your record can make it difficult to get a job or rent an apartment. You could get an order of protection taken out against you by your partner. Worse, if you have children, you may be barred from visitation with them, or be forced to pay a court appointed supervisor who will watch your every move while you spend time with them. In many cases, you could find yourself facing jail time, fines, and restitution.

The People of the State of New York v Gupta – Brooklyn, New York – Lead Counsel
A major domestic violence case involving allegations of violent assault, menacing, and harassment. After investigating the case, the law firm was able to uncover evidence proving that the criminal accusations were made up in an effort to obtain immigration benefits under VAWA (Violence Against Women Act), leading to full dismissal of all charges by the prosecution.

The People of the State of New York v Frimer – Brooklyn, New York – Lead Counsel
Felony domestic violence case involving allegations of marital abuse and contempt of court charges for violation of a validly issued order of protection. The case was eventually resolved with a non-criminal plea to a violation, allowing the client to walk away without a criminal record.

OVERVIEW OF DOMESTIC VIOLENCE CRIMES
According to New York State law, domestic violence is defined as: A pattern of coercive tactics, which can include physical, psychological, sexual, economic and emotional abuse, perpetrated by one person against an adult intimate partner, with the goal of establishing and maintaining power and control over the victim.

While many people hear “domestic violence” and automatically think of a man beating his wife, it is not nearly that simple. Statistically, there are more women who report men for the crime, but there are also men who are abused by the women in their lives. Additionally, same-sex relationships also experience rather high occurrences of domestic violence.

In New York, a domestic violence case can go to either family or criminal court (there are also Domestic Violence Courts in some communities). It often depends on what the victim chooses. In family court, the judge can also issue an order of protection as well as rule on custody, visitation, and other family law issues.

There are two key federal laws regarding domestic violence, the Violence Against Women Act (VAWA) and the Gun Control Act. It should be noted that all federal domestic violence crimes are classified as felonies.

The VAWA requires the court to order the defendant to pay restitution to the victim for the full amount of his or her loss. This can include medical care, physical therapy, temporary housing, psychological care, transportation, loss of income, child care expenses, attorney’s fees, court costs, costs for getting an order of protection, and more.

Under the VAWA it is a federal crime:

The court may also order restitution in Gun Control Act cases. Typically, the victim must submit a record of all expenses that were incurred due to the domestic violence crime.

Under the Gun Control Act, it is a federal crime:

DOMESTIC VIOLENCE IN NEW YORK
The Family Protection and Domestic Violence Intervention Act was passed by New York State in 1994. A key component of the law is that police departments are required to respond to and treat domestic violence as a very serious crime and in many cases, that means mandatory arrest. When the officers respond to a domestic violence call, they will get the victim’s statement, but they also take into account if any children or pets were harmed.

In order for the mandatory arrest law to take effect, the abuser and victim must be considered under New York law as members of the same family or household. This essentially means that they are married at the time of the abuse, were previously married at some point, have a child together, are related by blood, are in an intimate relationship, or were at one time involved in an intimate relationship with each other. The situation must also meet certain criteria:

THE DOMESTIC INCIDENT REPORT (DIR)
Under New York law, the police are required to fill out a Domestic Incident Report for every domestic violence call they respond to, whether an arrest is made or not. They retain a copy and the victim receives a copy. This New York form contains vital information regarding the situation, including the names and badge numbers of the officers who responded to the call, the victim’s statement, and the officers’ explanation if they choose not to make an arrest.

This is treated as an official record of the event and can be used in court.

These special courts have a single judge and a prosecution team that is assigned solely to that court. There are also special staff positions that provide resources and advocacy for the victim. These courts only handle domestic violence cases and nothing else.

While they are not found in all communities within the state, there are quite a few and in some areas a domestic violence case is automatically assigned to one of these courts.

PENALTIES FOR FEDERAL DOMESTIC VIOLENCE CRIMES
Federal domestic violence can cost you greatly, both in prison time and financially. The penalties for violating the Gun Control Act can be severe. Possession of a firearm and/or ammunition while under a Protection Order or after certain domestic violence convictions can lead to a prison term of up to 10 years. Violating certain sections of the VAWA, such as committing a crime or attempting to commit a crime against an intimate partner, stalking, harassing, or violating a protection order can also lead to serious penalties, including being required to pay restitution to the victim.

PENALTIES FOR DOMESTIC VIOLENCE CRIMES IN NEW YORK
Domestic violence crimes are taken very seriously in New York, and the penalties for violent felony offenses are severe. For instance, the penalty for first degree assault carries a minimum sentence of 5 years, but if convicted, the person can get up to 25 years in prison. There may also be a fine of up to $5,000. First degree strangulation is another very serious, violent offense that is classified as a felony. It carries a minimum prison sentence of 3 ½ years, with a maximum of 15 years. A fine of up to $5,000 may also be ordered.

Lesser charges that are classified as misdemeanors have lighter sentences, but can still hit hard. Second degree menacing, third degree assault, and criminal obstruction of breathing or blood circulation can incur a sentence of up to 1 year in prison or a fine of up to $1,000.

DOMESTIC VIOLENCE DEFENSES
If you are facing charges, there are several domestic violence defenses that your domestic abuse lawyer may use in court. Of course, each case is different, but there are some that are fairly standard.

Domestic violence cases are not easy, and their resolutions are certainly not cut and dried. In the majority of cases, there is a great deal of favor extended to the victim. If you have been charged with a domestic violence case, you can’t afford to leave it to chance. These charges are serious and can have a significant, negative impact on your life. You need someone in your corner who has the experience, education, and knowledge to ensure that your rights are protected. Mr. Litvak is the family domestic violence lawyer you need. His proven track record speaks for itself. If you want your best chance in court, you want Igor Litvak on your side.

Call The Litvak Law Firm at (718) 989-2908 for your free phone consultation with a skilled domestic violence defense lawyer. Get peace of mind knowing that you and your case are in good hands. The help that you need for your case is just a phone call away. Don’t wait; pick up the phone and call today.